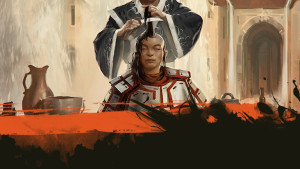 With all the excitement surrounding the Dragons of Tarkir release and the resultant flurry of set reviews and podcasts we have figured a few things out about the new set. However, in terms of limited there are always additional facets of the format to analyze.  Questions remain about the relative power level of each color and clan, the playability of a few build-around-me cards, and how we should color our perception of the format based on Fate Reforged.  Simply playing the set is often the best way to answer these questions. But having spent some time with Fate Reforged we may be better equipped, and may in fact be better served, to take another look.

Both the influx of new cards and the exodus of Khans of Tarkir have led to an interesting position for Fate Reforged in the format.  In the previous format, the set felt top heavy and lacked truly playable cards in the bottom half of each pack.  It wasn’t infrequent to open packs with only 2-3 playables.  Since the Fate Reforged packs were cracked first in the KTK format most of these playables would dry up by picks 4-5.  This generally made it hard to make meaningful reads on the cards being passed to you early and the fact that many players in a pod would be married to their first pick made feeling out the format a bit more unintuitive.

Now with Fate Reforged being opened as the final pack in the current draft format we will see a whole new side to the set.  After a dozen drafts I’ve found myself picking up high priority rares around picks 5-6 and getting high priority commons at a stage in the draft that would’ve been impossible in the FTR-KTK-KTK format.  For example, cards like Jeskai Infiltrator and many great FTR rares are being passed multiple times.  The question to ask yourself is how can I capitalize on this as a drafter?

Make the correct reads.  This format is much easier to read accurately than the two previous and the benefits of doing so are far greater.  Fifth pick Sage Eye Avengers and his ilk were fantasies in the past and a reality now.

The last general tenet of DTK-DTK-FTR drafting I would pass on is to remember that there are between 3-6 cards, all of which are rare and one being mythic, per clan that incentivize staying in their respective two color combination.  This means you can very easily go with any pairing you please so long as you consider the consequences it could have on a synergy driven deck.  So when you see an Atarka’s Command first pick first pack and don’t know whether or not to take it over a great mono color card, remember you don’t have to commit to a clan and the rewards can be great for staying open.

Despite the headline I won’t be going through each card and grading it or anything like that.  I’ll be outlining a few commons that I believe will either have risen or fallen given the change in format.  By no means will this list be indicative of what I believe to be the best commons in FTR necessarily.

This was my favorite FTR common in the previous format and I don’t see myself changing my tune anytime soon.  Heelcutter does things you’d expect from an uncommon and is a card you find yourself counting as a live draw for lethal.  My favorite common got even better, if you find yourself in Kolaghan colors this is the card you want to see most next to Pyrotechnics, excluding rares, in many cases.  This card absolutely punishes decks that want to exploit and go for value.  Dashing out Heelcutter early can provide enough pressure to force opponents to play sub-optimally to stay out of burn range.

There has been a lot said about Palace Familiar and all of those things can be said about Jeskai Sage.  The real power here is that while Palace Familiar gives you an exploit value card and something to stop all the X/1s in the format, Jeskai Sage can trade up into X/2s while providing the same level of value.  You’ll often find yourself hoping to find 2-3 Jeskai Sages from your FTR pack.

Return to the Earth:

This card was a decent side board option in the previous format, but with the addition of DTK this card is now (mostly due to the weakness of green) a true main deck option. Return to the Earth also provides green with a card to look for in their FTR pack where green is noticeably lacking playables.  It’s not the most exciting card but has certainly risen in value.

A Limited staple for years Rats is finding itself positioned better in this format where it can be exploited for value and cards like Tail Slash give deathtouch creatures added levels of flexibility.  DTK isn’t a set that features many “go wide” strategies whereas Khans featured cards like Ponyback Brigade, Hordling Outburst, and Take Up Arms.

No surprises here, Outcast is still fantastic although white is markedly weaker in DTK than it was in Khans.  To this point, it is fairly common to take Sandblast over Outcast in this format where white is depending on both Green and Blue, most commonly, to provide removal.

Notably improved Uncommons.  This is a short list of a couple uncommons that benefitted greatly from synergies in DTK.

This is a card that was very strong in the previous format but has a couple cute synergies in the new set.  The primary one being with Swift Warkite, Warkite may already be the strongest of the uncommon dragon cycle in DTK.  But bringing back Humble Defector, drawing two cards for free, and netting a 4/4 flyer + a 2/1 with upside is a huge game.  If you end up with a Warkite or two keep an eye out for this card.

This one is a given.  It had the exploit mechanic before it was actually introduced, given that this format doesn’t feature “go wide” strategies but does feature tons of on death value creatures Executioner can do some disgusting things.

Fearsome Awakening is a card that generally wheels and in certain decks has the potential to be insane.  Coupled with a couple Gurmag Drowner you can toss away morph dragons and bring them out buffed the following turn.  It makes cards like Icefall Regent borderline unbeatable and makes the uncommon cycle of morph dragons much more playable.  I wouldn’t take it very early but it will normally be available in the back half of FTR packs where there is a noticeable lack of playables for most archetypes. 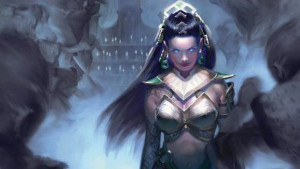