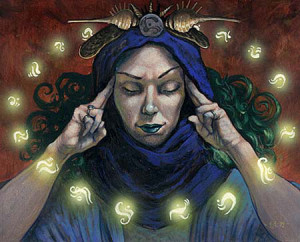 Being an avid Pucatrader I am always interested in Pucatrades new features and processes.  Recently they released a new “Flash of Insight” addressing Case Resolution Automation (https://pucatrade.com/blog/2015/case_resolution_automation).  I wanted to take a deeper look at what this means from a member’s perspective with some personal thoughts and opinions.  I would also like to hear others feedback from members who use the site.

I think that the audio is definitely worth listening to and adds a lot more color around the meaning behind the highlighted points PucaTrade is trying to make.  The two things that I will examine today are the Case Automation piece while briefly touching on the Foils for all members.

I think that the summary of the total case resolutions and statistics is fairly misleading to the audience that don’t listen to the audio clip.  It primarily sounds like PucaTrade is trying to reduce a tedious resource heavy process on their team.  I think their approach is definitely an interesting one, but could actually be accommodated in a cheaper fashion on their current resources.

I understand PucaTrade’s position for several reasons.  One their resources expertise could probably be put to better use on more innovative ideas/functions for the site rather than going through individual cases and responding.  It is very time consuming, and if we broke down the case number with the following metrics provided with some additional flavor we will see how/why this is a good area for improvement.

If 56k cases were escalated, that means most likely those were read once by an admin.  They also state that they have some sort of matrix for case resolution that is approximately 25 different choices of script that are then applied to the case.  Let’s assume it takes 5 mins per case this way. That would give the team 280,000 mins or roughly 4,666 hours or about 195 days’ worth of work.  Just to read the initial case, apply a script and respond.  Now if we apply a minimum wage of $12.25 for San Francisco we look at a cost of around $57,000.  They currently break this work across 5 people I believe.  As you can see it’s probably a full time job for one person alone.

If we apply 10 mins for the last 10,000 cases that go to resolution by admin we come to an additional 69 days.  In practicality I would think its probably a longer process due to the administration of resolving the case like sending out points and what not.  Plus revisiting the case would take some time as well.  I hope we can all agree that this is very costly to PucaTrade, and knowingly a very costly piece to the community funded site.

Case Automation Resolutions by the Numbers

PucaTrade believes that by removing this feature for all members, and only allowing the cases granting access to admin should be for paid tiered members will help solve the above dilemma either in cost or man hours.  Not knowing the true reason we can only improvise with what I have shown above.  I think that this feature fails to address additional data in their cases.  This data may actually represent a different qualitative story that is really behind everything.  Being an avid trader and breaking down my personal Case Data I would like to address some missed points.

First, my numbers are roughly close to PucaTrade’s overall numbers.

I have roughly traded with 139 unique members since joining in January.  I have a free account on PucaTrade (I appreciate the ability to trade without being a paid member).  I have had 5 unique situations that required a case.  Of those cases I have opened 3 that required an admin.  Two of those trades were outstanding for over a month.  My average point per trade is 350 Pucapoints.  I want to highlight this fact to address some Case Resolution Points.

What we don’t know from PucaTrade is whether the Cases are unique or if they are multiple cases with the same member.  I have grouped my data in pivot tables to account for this information.  This may actually lead to a lower percentage of real cases.  Almost all my cases were under 200 points.  In fact most trades that I have made upwards over 10,000 points players send me a mail thanking me for the condition of the cards or that they were received.  Which by the way is a great message to get from fellow members.

So, the case and point is that I think PucaTrade is really trying to eliminate the low level case resolutions.  Again, not having access to all the data there are several things I can only guess at based off personal conclusions.  I think by going to this model they will alleviate a ton of case work for “The Humans” that they mention in the audio.

Personally I don’t like this approach as it will have an immediate impact on my current trading capabilities as an active member of the community.  However, I think they make a good point about upgrading to the $5 a month uncommon feature due to the “Insurance” that PucaTrade provides.  Also, noting that instead of paying USPS or whomever for 10 trades a month you just pay Puca instead and they will insure your trade.

They also mention Moral Hazard in regards to their guarantee.  A few things that they do not mention is Moral Hazard really means that the person purchasing the insurance is knowingly going to misuse it.  Hopefully for the majority of the community that will not be the case.  There were several Facebook comments around people abusing trades, and I agree that someone could deface their own card.  I was extremely disappointed in my most recent case that was escalated around a situation that was similar to one of those concerns.  The best insurance as a member that you should do is actually take photos of your cards before you send to prove that they were not damaged prior to mailing.  I have found this to be very helpful.

Personally, what I believe PucaTrade should do is shift their workload.  What I mean by this is they did talk about hiring additional help with case resolution by ramping up or down members for their queue.  This could actually be fixed with many creative ways.

The two approaches above would maintain what is there today, possibly shift costs and effort from the current team, and hopefully maintain the same quality and service for all members.  I am sure that other fellow community members have other outstanding great ideas.

The last thing I want to touch on before I wrap up is the move for Foils to be received by all members.  Personally I do not think this is fair for the paid members that originally helped build the community as it is today.  However, maybe they don’t care and it isn’t a big deal to them.  Personally I wouldn’t like to pay for exclusivity only to be told it really didn’t mean much after all.  I can understand the depreciation of time and it not maybe being as big of a perk, but shouldering something amongst others and then giving it away doesn’t seem fair.  Unfortunately, I do not have a good solution to this, and obviously this was a PucaTrade decision which I will be delighted to use.

I hope those of you who read through the article enjoyed it.  Feel free to leave comments.  I am curious like I stated before to hear what other members have in mind.